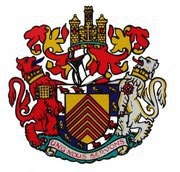 PEMBROKE- Retired Pembroke Fire Chief Richard S. “Dick” Chase, 86, of Pembroke, passed away peacefully at home surrounded by his family on April 7, 2021 after a period of declining health.

Born in Concord and a lifelong Pembroke resident, Dick was the son of the late Pembroke Fire Chief Jacob A. Chase and Grace (Christian) Sarette.  He was a graduate of Pembroke Academy Class of 1952 and he briefly attended the University of New Hampshire, where his proudest moment was driving livestock through a dormitory without getting caught.

Dick believed a life of work was most fulfilling, and was employed in many jobs from his early youth until the month before his passing. Dick was employed in the construction business, working for Harold Loso Construction.  In 1970, he began his career as a Forest Ranger with the New Hampshire Department of Forest & Lands.  He remained there until his first retirement in 1996, at which time he immediately began work as a mechanic for JBI Helicopter Services.  Over the years and until the time of his death, his responsibilities grew and changed until he became the office “Answer Man.”

Dick was a Pembroke firefighter most of his life, and was rightfully proud to serve with - and lead as Chief from 1988 to 1999 - the men and women of the department. Dick also helped found the Tri-Town Ambulance Service, and, along with his wife Patricia, was among the first licensed group of EMTs in the state.

A basketball player in High School, Dick was a fan of the game as played by amateur and school teams. He became school bus coordinator for Pembroke, in part, so he could drive the basketball teams to away games.

He was active for many years in the First Congregational Church of Pembroke. Dick was also a past member of the Odd Fellows and was proud to have received his 50 year pin from the NH Grange. Above all else, his care for others was paramount, whether it be driving folks where they needed to be or building and fixing things at a friend’s home.

Friends, co-workers, and family will miss his ready laugh, tales that grew taller with each telling, and all-around good humor. His practical jokes will also be long remembered, if less fondly.

Dick leaves behind a proud legacy of service and care for everyone with whom he surrounded himself. He is survived by his beloved wife of 52 years, Patricia A. (O’Brien) Chase; his three children: Michele Robertson and her husband Bradley of Pembroke, Peter Chase and his wife Sharon of Auburn and Michael Chase and his wife Kerry of Pembroke.  He was the proud grandfather to Jacob, Kayleigh, Andrew, Eric, Calvin and Sabine.  He also leaves his beloved dog, Willy.

A Celebration of His Life will be held on Saturday May 1st, starting at 1 PM, at the JBI Helicopter Services facility at 720 Clough Mill Road in Pembroke.  Assisting the family with arrangements is the Petit-Roan Funeral Home in Pembroke. In lieu of flowers, the family asks that donations be sent to Live and Let Live Farm of Chichester, 20 Paradise Lane Chichester, NH 03258 or the Granite Visiting Nurse Association, 30 Pillsbury St. Concord, NH 03301. To share a memory or offer a condolence, please visit www.petitroan.com or you may e-mail the family directly at dick@anotherchase.com.

To send flowers to the family or plant a tree in memory of Richard S. "Dick" Chase, please visit our floral store.