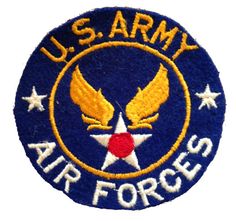 Born in Allenstown, Everett was the son of the late Joseph and Sylvia (Fanny) Chaput.  He was a lifelong resident of Allenstown.  He enlisted in the United States Army Air Corps and proudly served his country during World War II as a member of the 1377th Bomber Group Squadron B.

Prior to his retirement, Everett was employed as a pharmacist’s technician for the Veterans Administration Hospital in Manchester, a position he held for over 30 years.  He was a longtime member of the American Legion Post #28.

Calling Hours will be held on Monday, January 28th from 6 to 8 P.M. in the Petit-Roan Funeral Home 167 Main St. in Pembroke.  A Mass of Christian Burial will be held on Tuesday, January 29th at 10 A.M. in St. John the Baptist Church in Allenstown.  Services will conclude at St. John the Baptist Cemetery Chapel.  To share a memory or offer a condolence, please visit www.petitroan.com